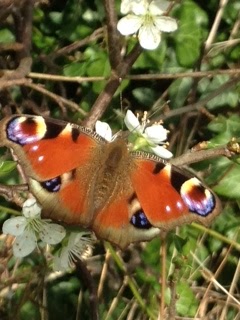 On Tuesday, last week I went to see Junkyard at the Bristol Old Vic. By the interval, it was clear that I was going to have to write about it, to preserve the sheer excitement, conviction and emotion I was experiencing. By the end, I felt as though I needed to shelve all my plans and dedicate the next week to capturing something of Junkyards beauty and essence. On the drive home I concocted numerous eulogies, poems and politically charged reflections on the play work sector. Now, nearly a week later I am going to have to settle for a condensed, less ambitious celebration of the unforgettable musical-play fusion that was Junkyard.

Set in the Bristol borough of Lockleaze in the summer of 1979, this was the, close to factually accurate, story of the origins of an adventure playground . An adventure Playground that is still there today, against the odds. The play was written by Jack Thorne and inspired by his family’s own story. Jack’s dad had been instrumental in building the ‘junk playground’ with some children at Lockelaze school. In the play, Mick from Walthamstow becomes Rick from Walthamstow and eventually wins over an unruly bunch of kids who blossom into the creators of an imaginative, challenging, child owned playground which becomes their home. He does this not through autocratic power but passion and persistence, insistent that it should belong to the children themselves. The story is faithful to the complexities of working with children from challenging backgrounds and does not rose tint the process whilst managing to make a strong case for what is needed to make meaningful change in a child’s life. These children were wonderfully acted, helped by a convincing and poignant script they powerfully portrayed a group of vulnerable kids used to being let down, unrepresented and ignored. They speak for the many UK children, old beyond their years who nurse stubbornly open wounds whilst at sea in a school system that fails them, trying to make sense of a turbulent world. I was starkly reminded that children are people now, not adults in the making, but formed beings experiencing thoughts and feelings as important as they ever will be. Junkyard beautifully captures that pervasive cocktail of bravado, clumsy cruelty, sudden warmth, guarded awkwardness and loyalty so prevalent in teenagers. Junkyard is a potent advocate for our children’s right to play, a right enshrined in the UN convention (article 31) and a right our country dismally fails to take seriously. The production captures perfectly the spirit of the adventure play movement, an all-encompassing positive vision of recalcitrant thought and action that is so in tune with real learning and child development.

Everything from the imaginative set to the great music and anarchic playful acting was effective in demonstrating the power of open ended, freely chosen, child led experiences which allow creative independence and afford the opportunity for risk. There really was no better way to get myself freshly inspired about the power and relevance of play in time for the National Playwork Conference 2017. When I last went to the conference it was made up of tracks and tacks of incredibly stimulating trains of thought. The experience was broadening and emboldening, there I was exposed to a whole academic field and professional sector which I had been unaware of, though inadvertently tapping into. It spurred me on to where I am now. I still remember the names of the seminars I went to;
Pursuit of happiness, Advanced Psycholudics, Understanding loose parts and their use, Intro to playwork theories, How to do observations of children at play and why, Playing with trauma and look at therapeutic play.

My first time at the conference proved to be a distillation of all the best work I had done with young people to that date, it was clarity when before the mirror was misted. Now, years on, I look forward to being nourished again. I wonder what I will learn and re-think, what great speakers/trainers I will hear and conversations share….I will write something next week to unfold just that, perhaps I will go see Junkyard again too – it is showing until the 18th March. Go see it!

Move and Shake the World

Within its pages, alongside many inspiring case studies and a robust philosophical framework are many wonderful quotes and references, here is just one of them;